“Coprolite is about 100.000.000 years old fossilized shit. This shit comes from Madagascar (maybe that wasn’t so far away from New Zealand back then, but the climate there has probably been crisper over the years …). It’s so crispy by nature, it has had enough time to become crispy … it must have been smoother on the surface before. I just sanded it down a bit for the frame.” Karl Fritsch / September 3, 2021

Karl Fritsch (Wellington/New Zealand) is a goldsmith, jewellery artist and curator. Originally from the Allgäu, he learned his trade in Pforzheim, studied at the Academy of Fine Arts in Munich and founded his studio there. Years later, he moved to New Zealand with his partner Lisa Walker. His works are represented in important museums and collections worldwide. Karl is particularly known for his rings, which he shapes in rather unusual ways and often from very unusual materials.

Dear Karl, Dear Lisa, when you hung our letter holder as a piece of jewellery around your neck, I was indignant and honoured at the same time.
Yours Dominik 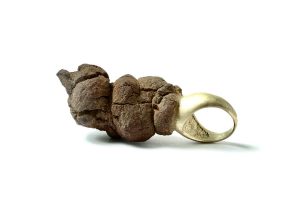 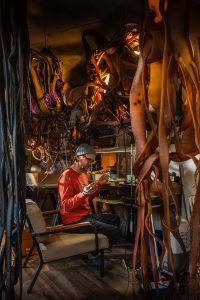 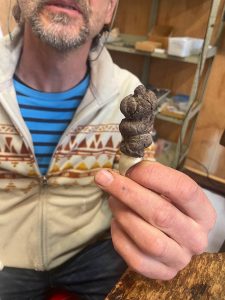 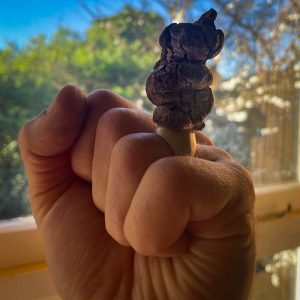 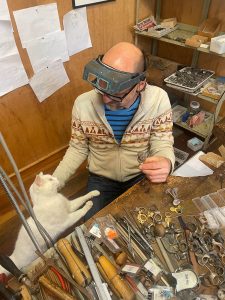 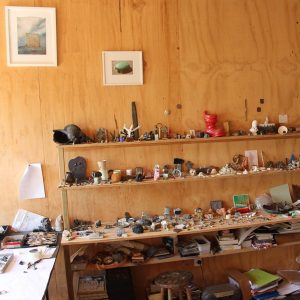 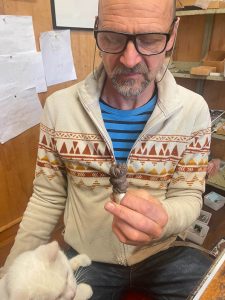 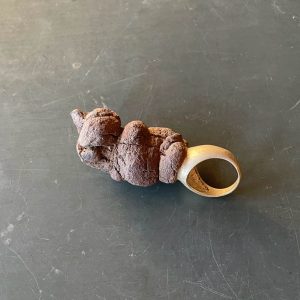